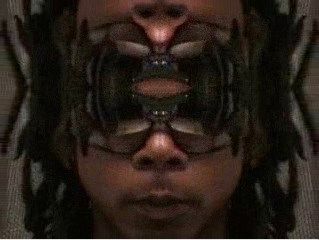 Hello, this is an archive of some of the videos that I have shot and edited over the years. Take in consideration that the video quality is not hi-def like today's phones and cameras. Enjoy!

I have to give thanks to my Pops, who starting in the early 80's had an ongoing obsession with capturing the moment on video along with the editing process. Shoulder mounted, VCR camcorders were a powerful tool. No longer did you have to wait for film processing, you could record and plop the tape right into a player hooked up to your TV.

He also watched a lot of TV & film as well as perform and record as a musician.  He would bring me to his band rehearsals sometimes when I was under 10, but I was too bored and restless to really appreciate the moment. Yet, it was all sinking into my subconsciousness...

The groundwork for me was laid around 12-14 years of age, where he would bring me along to some of his shoots to run and secure cables, setup lights and operate one of the video cameras while he gave directions from the control booth. During one of these shoots he had me pretend to play a bass guitar. Funny how it would soon become a serous focus for me 12 years later...

The interest in documenting the moment on video happened for me around 1996 when I had access to a friend's mini camcorder to record my band rehearsals.  I would have access to the camcorder for a few days and within this time there was always something going on so I started to video record some of my friend's shows and other events.

Even at one point doing performance art (Multiple Dwelling) in the style of the "COMA" movie of the 70's.

When documenting the painting process, I love to show the textures and compression of the paint whenever possible. Music is a vital element to my painting process. The paint on the surface is like the rain tossed in the wind against the darkened sky.

A young woman comes across a pair of "special" red shoes that possess her to dance non stop.  Starring: Virginia Dare, Filmed October 2010.

Clips from Visionnati 2007. I'm doing some body painting on a few people and the creation of the "Candy Bar" painting.

Videos of me and my friends during live performances.

Light patterns and effects mixed in with dream like subjects.

Slice of life images and special moments in time.